The idea of reviving a city’s fortunes through investment in the arts and culture draws a lot of headlines. But does it actually work? 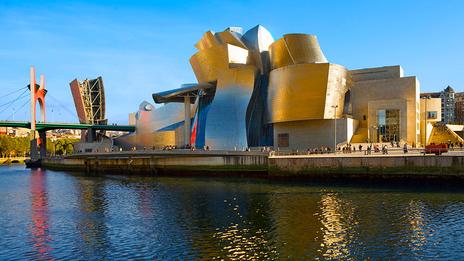 Article on BBC Culture (outside UK only)

Britain’s seaside towns are run down. The attractions of these once fashionable holiday resorts have, since the 1970s, been surpassed by warmer climates accessed by cheap flights. Unemployment is high. The high streets are littered with empty shops. Poverty is at record levels recorded in urban centres.

But take a trip along the coast and you will notice some changes. Millions of pounds have been invested in arts and culture-led regeneration schemes. Between 2008 and 2010, the government funded the initiative Sea Change, which directed £37m ($62m) towards 34 cultural improvement projects along the south east coastline. All over the coast, dramatic buildings, sculptures and public art have appeared following waves of public, and occasionally private, money. New galleries have thrown open their doors.

Tate St Ives, erected in Cornwall just over 20 years ago, is building an extension for its collection of modern art that includes the local St Ives modernists, the artists who worked in the town during the mid 20th Century. The Turner Contemporary opened in 2011, in Margate, at a cost of £17.5m. “The brilliant thing about Turner Contemporary”, the artist Tracey Emin says, “is that it has given people hope that things are going to change here and also put Margate back on the map.” 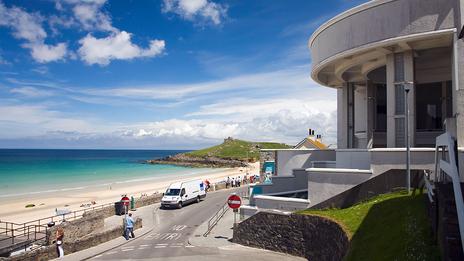 Hastings, once a fishing village, now boasts the Jerwood Gallery, clad in dark pewter ceramic tiles, on the site of a former car park. Inside there is a collection of 20th and 21st Century British art, with works by Maggi Hambling and Peter Lanyon, as well as a space for temporary shows. It cost £3.5m ($6m), part of a wider £9m ($15m) scheme.On England’s north west coast, Blackpool, the archetypal seaside resort, hugely popular in the 1950s, is also trying to reinvent itself. Projects there include public art, such as Chris Knight’s Desire, an abstract sculpture, about 8m high, that contrasts rusty steel with shiny steep spikes, inspired by the city’s reputation for ‘dirty-weekend’ breaks.

This kind of transformation is not confined to the coast, or Britain: across the world the use of cultural activity to regenerate cities has been a major concept and practice for around two decades. Istanbul, Barcelona, Boston, Toronto and Mexico, cities that have experienced major economic changes that left them struggling, have been targeted by city planners for regeneration strategies. “Building galleries, encouraging cafes, siting art works have been embraced as the road to renewal,” the academic James Heartfield, author of The Creativity Gap, tells BBC Culture.

It all began in the late 1980s. A number of economic and social changes such as de-industrialisation meant that new economic policies were needed. Culture-led regeneration seemed to work in Glasgow, when it became a European Capital of Culture in 1990 and then in Bilbao when, in 1997, the Guggenheim Museum opened to a massive surge in tourism. The model was rapidly rolled out, with a relentless and derivative spread of cultural and creative quarters across the globe.

Policy-makers and planners drew on the ideas of Richard Florida, author of The Rise of the Creative Class, about creative cities, which argues: get the creative-minded trend-setter sinto the area, and the money will follow. Artists tend to inhabit cheap spaces, and in many instances − Hoxton in London, where Tracy Emin and Damien Hirst lived, is one − the area then becomes gentrified.

There are other factors that explain the popularity of culture-led regeneration, Dave O’Brien, lecturer in Cultural Industries at City University in London, tells me. “There were changes in the idea of culture and its social and public purpose, most notably through cultural studies,” he says. Arts-led regeneration, has two aims: material, to improve the local economy; and therapeutic, to help build the community, affirm identity and make people feel better.

The European Capital of Culture programme is one example of such a strategy. The stated purpose of the programme is to celebrate the “richness and diversity of European cultures”; “foster a feeling of European citizenship”; to “regenerate cities” and “raise their international profile, boost tourism and enhance their image in the eyes of their own inhabitants.” When the scheme first started, in 1985, the cities chosen were those associated with high culture: Athens, Florence, Paris and Amsterdam. When Glasgow was chosen, in 1990, the selection criteria shifted from what a city was, in terms of culture, to what it could become. Last year, it was Marseilles, this year: Umeå in Sweden and Riga in Latvia – cities that, to put it politely, are not well known for their cultural offerings.

Although a few good art galleries have opened, and lucky artists have been commissioned, the glorious rebirth that advocates promised hasn’t fully transpired. Many projects have been met with fierce resistance. In Hastings the ‘No to Jerwood on the Stage’ campaign argued the gallery had been foisted on them, wouldn’t bring the desired sums and should be located elsewhere. Campaigners burnt an effigy of the building in protest.

Can money transform a city in the long term? “The problem is how uneven the benefits are, as compared to the political rhetoric,” says Dave O’Brien. The most pertinent question is, who gains from this investment? “Property developers tend to do very well as they gain large profits from cultural regeneration,” says O’Brien, “whilst local publics tend to feel only the cultural benefits, for example access to new museums or [the] art of cultural festivals.”

If an area is gentrified, the middle-to-high income demographic tends to be favoured at the expense of others and low-income groups are displaced. Rising house prices, often cited as a measure of success, aren’t, necessarily, a positive result – that often means that the poor are forced to move out or cannot afford to move in.

Sea Change claim success, citing the creation of 700 jobs after an investment of around £100m ($170m), but that’s only about seven jobs for every million pounds of investment. In Margate, home to Turner Contemporary, around 3,000 jobs were lost at nearby Pfizer the same year the gallery – which is said to have created 19 jobs – opened. Cultural regeneration as a model shouldn’t replace a strategy to grow the economy.

What about the quality of the cultural regeneration itself? It isn’t consistent and no masterpieces have been created. Flashy and expensive buildings have opened without anything to put in them – Turner Contemporary is one of a number without a permanent collection. “Many art galleries were built,” Heartfield notes. “Many of them [were] unsustainable, like the Museum of Popular Music in Sheffield − no-one went and now it is the Student Union.” When culture is imposed from above, Heartfield cautions, it becomes subservient to other ends, detached from the people, and the art itself suffers.

One thing that is certain is that as the economic troubles continue there will less money available for such projects, especially as claims made for their efficacy continue to be scrutinised. As the tide goes out on the era of arts-led regeneration projects, it remains to be seen what of economic or cultural value will be left on the seafronts.