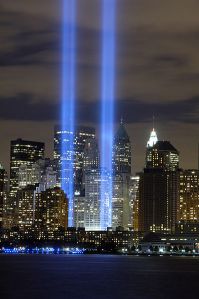 Article in the Spectator

New York is in the grip of memorial mania

In early 1991, the construction of a federal office building in lower Manhattan was halted after an unexpected discovery. Underneath the ground, covered by a patina of concrete and steel, was the coffin of a colonial-era African. It was not alone. Construction work was halted, archaeologists called in, and it was soon established that the site was a major burial ground from the 17th and 18th centuries. As many as 15,000 to 20,000 black men, women and children were buried there, by the historians’ count, making this one of the most important archaeological finds in all America. Click here to read on